Hanging out with Gerry McCullough!

Gerry McCullough – the Story of a Belfast Girl.
When Wendy invited me to guest post on her marvelous blog, I thought I'd write a little about my own publishing journey. It's just over a year now since my first book was published – Belfast Girls, the story of three girls growing up in the new post Troubles Belfast of wealth, fashion, drugs and crime, and of their lives and loves. And possibly some of you know very little about me and would be interested in finding out a little more. 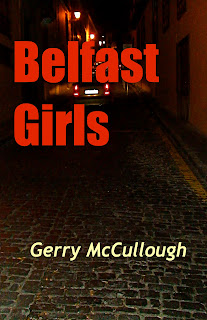 Halfway through my all girls’ primary school (I was about 8) I was put into a 'house' called Charlotte. The headmistress explained when 'houses' were introduced that she had picked the names of 4 famous women who would be good role models, and talked a little about each of them – Florence (Nightingale), Elizabeth (Fry), Octavia (Hill) and Charlotte (Bronte). All great women. You should look them up if you haven't heard of them.
She explained that everyone in Charlotte need not necessarily aim to be a great writer. Charlotte Bronte's determination to 'do something worthy of fame' was in itself a good attitude to follow. Nevertheless, that was probably what first made me want to be a great writer – someone not only popular and best selling, but also looked up to as a good, classic, literary writer. And, of course, a woman!
I should explain, here, that for a good part of my life I didn't consider that being a woman was a disadvantage. My home, and my schools, treated me as in every way equal to 'boys' – if not rather superior. It was only as an adult that I came across the strange idea that women were less intelligent and inferior in lots of ways. I still didn't believe it, of course, but it was certainly annoying. 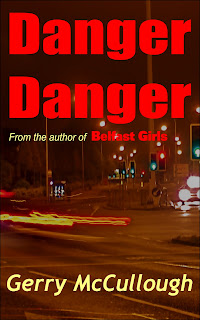 I wrote lots of things for years, seeing little success in terms of published work. A few poems, quite a few articles – all of them unpaid. This wasn't what I was aiming for. I wanted my fiction to be both published and paid for – my aim was to be a professional. Meanwhile, I married twice (my first husband died very young) and had 4 children – 2 per husband, which seemed reasonable, I used to joke. When my youngest child was ready for school, I took on a full time job, working in the Civil Service. Writing was still very important to me, but time was at a premium.
Finally came success. About 10 years ago, an Irish magazine, Ireland's Own, accepted one of my stories and paid for it! Moreover, they expressed an interest in seeing any others I cared to send them! Wow! I couldn't believe it at first when I opened the envelope.
That was the first Old Seamus story, The Tale of a Teacup. As my first published and paid work, I still have a great love for it. Since then, Ireland's Own has published over 30 of these 'Old Seamus' stories, the tales of an Irish rogue who lives by poaching and tells stories going back to his own childhood or youth, full of humour, nostalgia, and sentiment. The first 12 have now been published by Precious Oil Publications, at a deliberately low price, around a dollar or 77p, so that anyone interested can easily buy them on Kindle. This is my most recent book. It went straight into the Amazon top 100 for 'romance – short stories', which was nice.
But back tracking slightly, I was very happy to have stories published in a magazine, but my aim was still a full length fiction book. Some of the signposts on the way, which confirmed my belief that my writing wasn't too bad, were winning the Cuirt International Award for New Fiction for my short story Primroses, and being short listed, runner-up, and commended in a number of other literary competitions for short stories.  Around 20 of these more literary short stories have also been published by now.
In 2007 I was taken on by a local Literary Agent, Bill Jeffrey. He suggested, in October 2009, that I put Belfast Girls up on Authonomy, the Harper Collins website. Once there, Belfast Girls reached the top 5 in six months (quite good going) and had so many positive comments that I began to believe that my writing must, in fact, be okay. 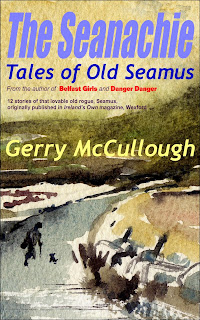 Well, Harper Collins wanted a lot of changes before they would consider publishing Belfast Girls, which doesn't fit neatly into just one of their genres. But meanwhile, a number of much smaller publishers had expressed interest in the book. Among these was Night Publishing, run at that time by Tim Roux and Bruce Esler (who later dropped out). Bruce was enthusiastic about my book, and so, in July 2010, out of the several offers made to me, I accepted a publishing deal for Belfast Girls with Night Publishing.  By the end of the year, the book was out. Now, just over a year later, it's sold over 3,500 copies. It entered the top 100 for its genre in March 2011, was picked as Book of the Month by the Ulster Tatler in the same month, won the Night Publishing Book of the Year Award in April, and continued to climb the best seller lists. Usually it has been in the top 100 on 3 genres in Amazon UK; Women's Literary Fiction, Literary Fiction, and Contemporary Romance. It has climbed as high as #1 in Women's Lit. Fiction, and recently has been staying there.
By now, my confidence in my writing had grown, build up not only by the sales but by the lovely 5 star reviews left on the both Amazon sites by readers. I would not, previously, have thought of self publishing. A real publisher or nothing, had been my aim. But now, for the first time, I seriously considered allowing my husband to publish my next books, through his fledgling publishing company Precious Oil Publications. Raymond is an excellent writer as well as a publisher – his books so far are The Whore and her Mother and A Wee Taste of Craic – and he had set up the publishing company originally for his own books. So I agreed that he would publish my next book, a more straightforward thriller, Danger Danger. The story centres on the perennially fascinating topic of identical twins, and how their lives seem to follow similar patterns even when, like Katie and Annie, they have been separated from birth; and on the dangers which beset both girls.  By late October, it was out.  I was sorry not to continue with the marvellous Tim Roux and Night Publishing. Tim very kindly said that if I ever changed my mind he would be very happy to publish any of my future books. But the die was cast.
Danger Danger has had some great 5 star reviews. But it's like juggling plates – it's hard to handle publicity for two books at once. I know I haven't done enough to push it yet. It went straight into the top 100 bestsellers list for romance suspense, which was more than Belfast Girls did at that stage; currently it’s in the top 1000 overall, and #12 in romance/suspense and #13 in thrillers/suspense; has sold nearly as many copies as Belfast Girls in a fraction of the time; and I personally believe that it's a better written book than my first. We'll see how it continues to do.

And now, as I mentioned above, the first 12 of my Old Seamus books has been published, in January 2012. I'm pleased to see it out. I have a sentimental affection for it, as my first actual success, The Tale of a Teacup, is the first story in the collection. Lots of people have enjoyed these stories in magazine form, and in the podcasts I made of the first 5. I hope they'll buy it for Kindle – same price as a bar of chocolate, and not even fattening, as the publicity says.
Now I've 3 plates to keep spinning, and I'm working on a fourth. This is a huge revision of the first book I wrote as an adult. I still think it's got something, but I can see the faults now very clearly. If I can make a good job of it, it will be out later this year. It's another romantic thriller, set between Belfast and Greece, with the new title Angel in Flight (unless I change that, too!).
Time I stopped this very long post, I think. It’s been great fun writing about myself – who doesn’t enjoy doing that? Thanks for the opportunity, Wendy!
You can buy my 3 books at the links below. 2 of them are ridiculously cheap, and Danger Danger is extremely reasonably priced. Hope you'll get them and enjoy them as much as others have done.
http://www.amazon.com/Belfast-Girls-ebook/dp/B004DNWS3W
http://www.amazon.co.uk/Belfast-Girls/dp/B004DNWS3W
http://search.barnesandnoble.com/Belfast-Girls/Gerry-McCullough/e/9781456387105
http://www.amazon.co.uk/Danger-Gerry-McCullough/dp/0952578530
http://www.amazon.com/Danger-Gerry-McCullough/dp/0952578530
http://www.amazon.com/Seanachie-Tales-Old-Seamus-ebook/dp/B006WVI37S
http://www.amazon.co.uk/Seanachie-Tales-Old-Seamus-ebook/dp/B006WVI37S