Hey, all of you Desert Secrets readers, I have a treat for you! Here's a sneak peek of the final book in the Desert Secrets Series. Let me tell you, Bailey Roan is a blast to write, but I'm kind of sad to see this series end. Remember, this book hasn't been to the editor yet.  If you want to get started on the series, you can find it here!


They all walked out the living room and Bailey stopped in her tracks just inside the living room’s entrance. No freaking way. There, in the middle of her room, stood Zane Alder. All six feet with some inches added, of him taking her personal space. Of all actors to come to her house, why him? She hated reading his articles, turned the channel if they had an update about him on TV, and refused to watch one of his movies. Okay, she’d watched about ten minutes of one long ago. Really, she didn’t even know why she disliked him so much. She just had a feeling about him. While most women would be enthralled by his appearance, Bailey found herself disgusted. Maybe she shouldn’t have signed up for this gig.
“Bailey,” Lance said, finally noticing her standing by the entrance. He rushed over to her with his arms open wide for a hug. “It’s been too long.” 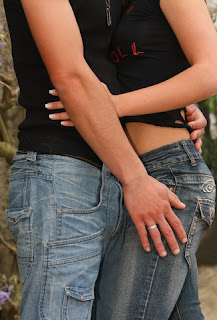 Bailey stepped into Lance’s embrace and let herself feel comforted by her best friend’s ex-husband event though a slice of guilt stabbed at her heart. He gave her a gentle squeeze.
“Excuse me,” Zane interrupted, signaling that he had business to contend to with Lance. “I’m hot, sticky, and dehydrated. Not to mention that we’re supposed to start filming in thirty minutes.”
“I know, Zane. We’ll get you taken care of before we start filming. I promise.”
Bailey stepped toward and held out her hand. “Nice to meet you,” she said and introduced herself to Zane. Eddie and Roy were already connecting cables and they’d been the only ones to take a tour of her house. She might as well be responsible in showing the actors around. “I can show you where you can freshen up.”
Take a step backward, he glared at her. His arms were folded tightly across his chest. “Who are you?”
Who was she? Is this guy serious? Bailey Roan, the owner of this house that he’d be using for who knew how long. She tamped down the flaring anger over this man’s rude behavior before saying, “I’m the owner of this house. Would you like me to show you the bathrooms or do you prefer to stand there and stink?” Triumph filled her as she stared at his shocked face. Lance chuckled. “Well?” she asked.

Midnight Secrets is only .99!  Grab a copy while you can here! 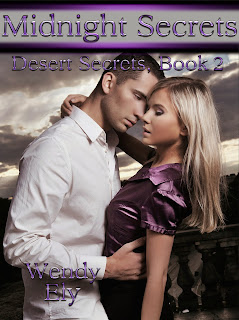 Will Miguel’s whispered midnight promises ever see the light of day?Content with her job as small town waitress and role of single mom, Allison believes she's better off without a man. In her opinion, all they bring is chaos - and that includes the father of her child. So why has Miguel’s arrival shaken her so badly?It's not easy for Allison to keep Miguel a secret with someone poisoning the food in her bakery and the local sheriff believing she harbors a vendetta against the town because of her tormented past. And then there are the people waiting for her to screw up with the kids. The control Allison has always kept on her life is slipping out of her grasp.Allison is always upfront with Miguel. There isn't anything she hides from him. Miguel wishes he could say the same. The one thing that Miguel has hidden could be the very secret that drives Allison straight from his arms.Keeping their secrets and clearing Allison's name just might be harder than either of them have ever imagined.
Posted by Wendy Ely at 1:11 PM 1 comment:

I haven't done a top 5 for a very long time. Welcome to the Top 5 Stay-at-home edition!

This are my top five things keeping me going strong:


1. Lots and lots of tv. My favorite shows right now are Little Fires Everywhere, The Affair, and 90 Day Fiance.

2. Writing on paper instead of the computer. You got that right! My creativity has returned since I've started working from home and I've been writing a lot. It gives me a break from all the time on the computer. I do write on the computer on my days off. Between work calls, it's pen and paper, baby!

3. Reading and coloring. I'm on the computer a lot! I'm watching tv  A LOT! I have to take time away and do other things besides clean and working out. I color on my  work breaks and read when I don't feel like writing. Right now I'm a self-help book on potiviation and positivity.


4. Digitial workouts! I love the Zumba and beach body apps on my tv. My favorite beachbody work out is kickboxing.

5. I might have kicked my coffee drive-thru obsession. I do have a small cup of mocha in the afternoon (I work evening shift). My bank account is a lot happier now!
Posted by Wendy Ely at 1:06 PM 1 comment: 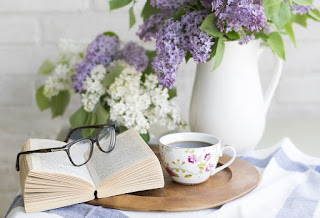 I just wanted to give a little update during this crazy thing going on. I've been working from home for 3 weeks now. I work for a streaming service, so once they had everything programmed, it was an easy transition for me. I'm finding that between calls, I've able to write! I think it's because I'm at my desk in my bedroom and it stays quiet in there.  I love working from home!

Right now my family hasn't gotten the Covid-19. Some members of the family have gotten the stomach virus for 24 hours or so. I have severe allergies this time of year that makes me want to just sleep all day from the allergy meds. On regular days I spend my time doing extra cleaning, working out, watching a lot of tv, and reading when I don't feel like writing.

All-in-all, things are going fine. I go grocery shopping once a week. I spend time with my 3 yr old nephew over at his house. We run and play out in the yard. It gives me a break from my apartment and some fresh air. I tried to keep positive about this thing going on, but once in a while, it does feel overwhelming! My son is tired of me though haha.


How are you doing? How is your family? Give me an update!

Email ThisBlogThis!Share to TwitterShare to FacebookShare to Pinterest
Labels: Covid-19, getting through, productive, Staying at home, working at home 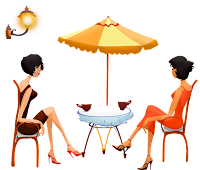 I'm accepting new members into my reader's group. Come join the fun! We chat, have contests, get sneak peeks at upcoming releases/covers before anyone else does, and whatever else I can think
of! 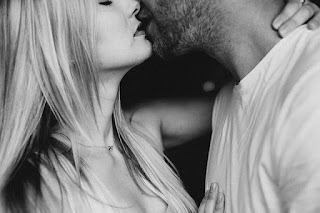 I was giving myself until March 1st to finish up Finding Home, Desert Secrets Book 4, and then doing round 1 of revisions for Off the Ropes. I hit a snag... I'm so in love with the Finding Home story that I don't want to set it aside for revisions of the other book. No matter which way I go, I plan on releasing both books this year. Stay tuned for my decision.

One thing is for sure, nothing beats a good love story!
Posted by Wendy Ely at 10:33 AM No comments:

I've been busy writing lately! At the end of 2019, I finished writing the first draft of Off the Ropes, Ringside book 3. I've gotten a lot of requests for Elliot's story and am so excited to bring it to the world and my readers! My goal is to start revising and editing Off the Ropes the first of March. Watch for it to hit preorder by summer of this year! If you haven't started the Ringside series yet, Start with Split Decision. You can find Split Decision on Amazon here  or at your favorite ebook retailer.

My most popular series is the Desert Secret Series. I'm about half way done with Finding Home, the final book in the series. This is a bitter sweet book for me to write. Confessions (book 1) had started out as a stand-alone but turned into my very first series! I love the town that I created for the series and all of the characters. I'm happy to find the conclusion for all the characters but sad to see it end. I hope to have this finished and ready for readers by the end of this year! If you haven't started the Desert Secrets Series, start with Confessions. You can find the first book here.
Posted by Wendy Ely at 10:39 AM No comments: